The French Riviera is one of the most desirable and luxurious destinations for travel in the world.

Here at Elegant Address, we’re excited to be able to offer the very best in elite villa and apartment rentals in these world-class locations.

Of course, there is more to the place than just the sparkling sea and glorious sunshine, although that is a big deal breaker…

St Tropez is one of the very best! 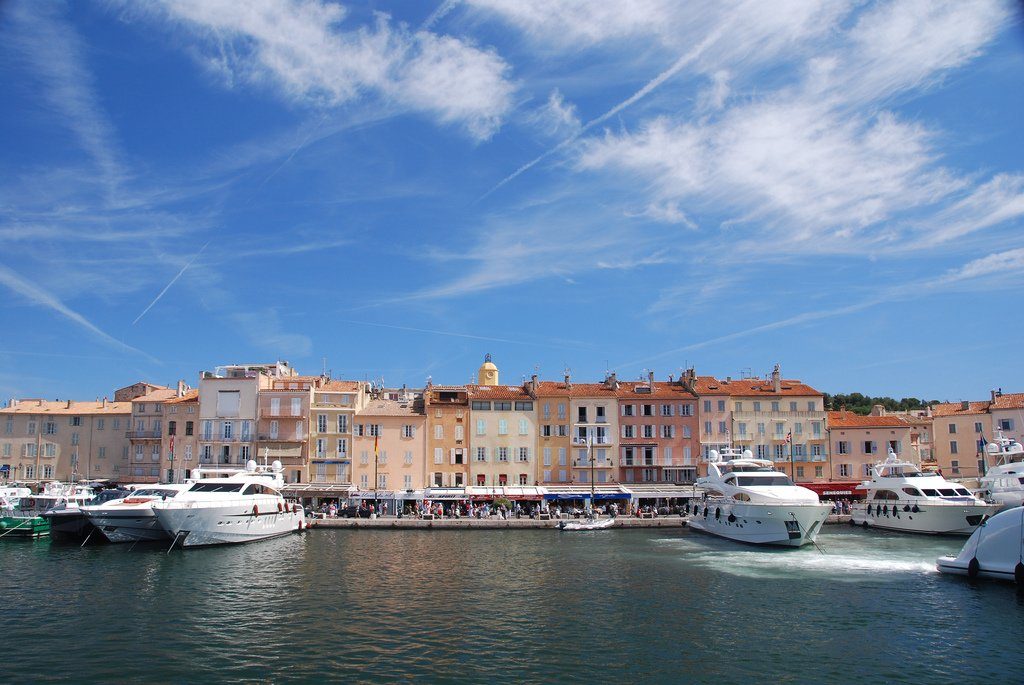 St Tropez is synonymous with espadrilles, bronzed tans and the 60’s French star, Brigette Bardot.
Outside of the fashion and pop culture we’re all aware of today, there is so much more to know about this coastal town on the French Riviera.

It begins with the grisly legend of Saint Torpes of Pisa. Torpes was a Roman soldier in the service of the Emperor Nero also working as his bodyguard. After refusing to denounce his Christian faith, Torpes was killed and his body was left to drift out to sea in a boat with a dog and a rooster.
The legend says his body washed ashore in modern day Saint-Tropez with the bird and the dog who left his body untouched.

After the fall of the Roman Empire, Saint-Tropez became attacked and ravaged by pirates and bandits. Lasting a century or so, the neighbouring village of Garde Frient was established and the surrounding areas, along with St Tropez became an Arabic-Muslim colony for another 100 years. 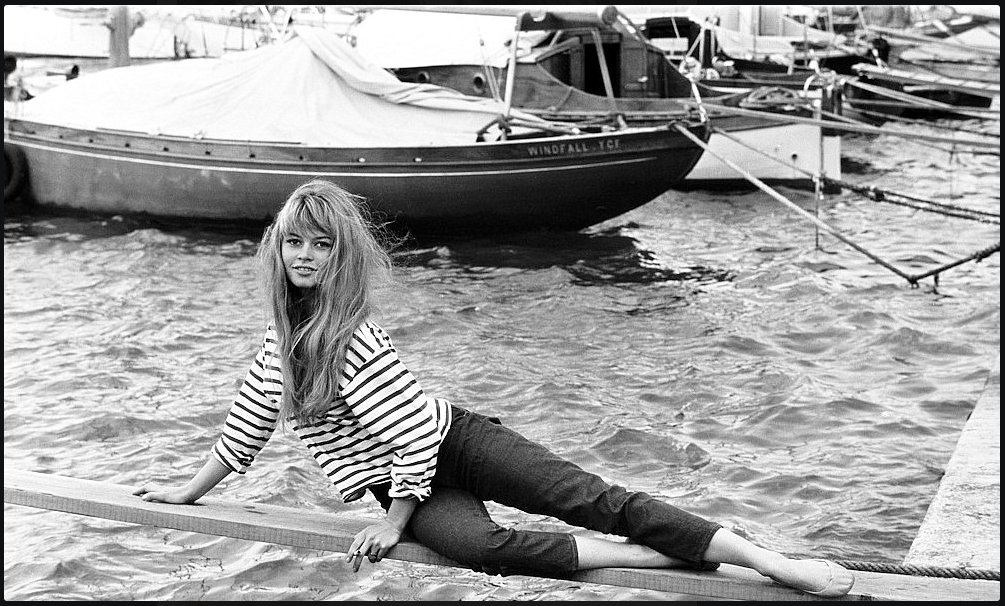 More recent history shows St Tropez was one of the landing sites for the Allied assault on Southern France in August 1944.
But it was the 1960’s that really saw Saint-Tropez come out of its shell and acquire its world-renowned status. Brigette Bardot not only launched her own career but also the town in the 1956 film, ‘And God Created Woman’. Both her characters’ sexuality and her own persona tied St Tropez together and it became the meeting place for the new young, pretty things of the time.

Since then, Saint-Tropez has been linked to some of the world’s biggest stars with supermodels being particularly highly spotted, including Kate Moss, Naomi Campbell and Cindy Crawford. Penelope Cruz and the Hiltons are also spotted regularly on the harbour or the beach. 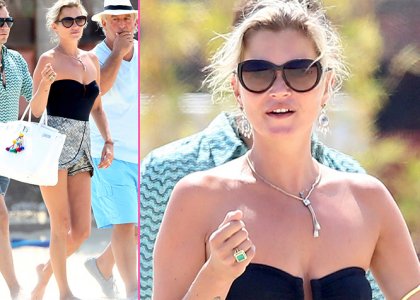 Saint-Tropez really does have some fascinating things to see and to do. Make sure you give yourself time between relaxing and unwinding by taking in some of these wonderful sights.

This massively long stretch of beautiful sand is Saint-Tropez’s main beach. It’s busy in the summer time but if you manage to stay long enough (not a hard task as it’s truly amazing), the sunsets are unforgettable. 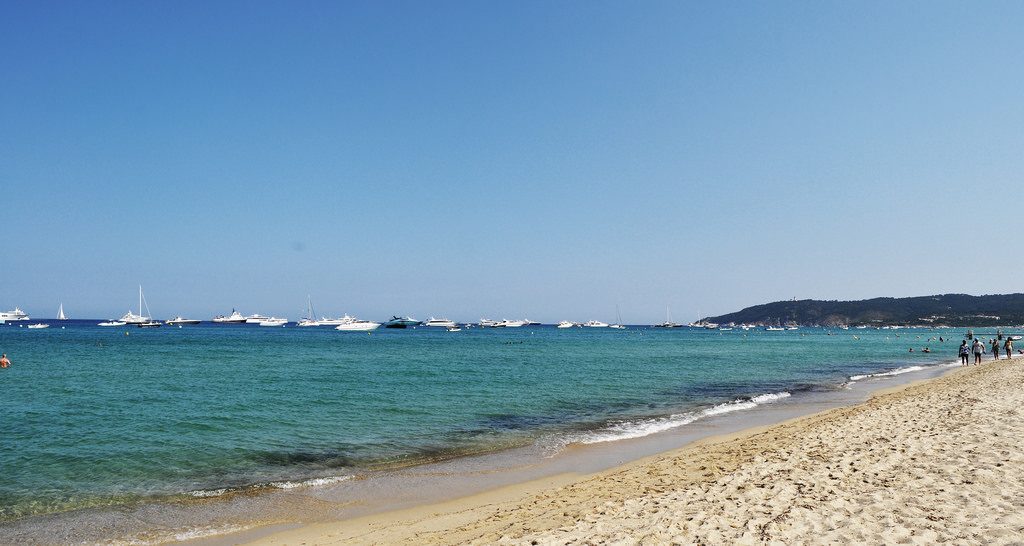 This sixteenth-century fortress is perhaps Saint-Tropez’s most famous buildings and also boasts one of the town’s best views. 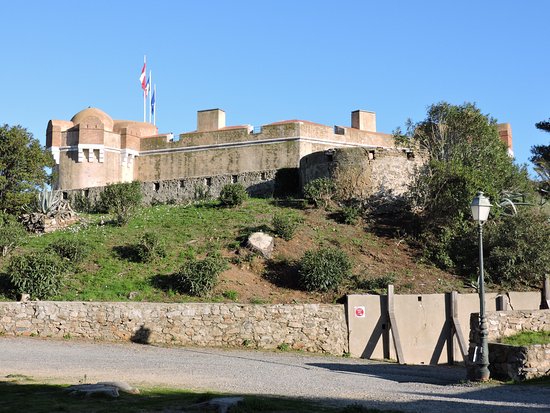 A quirky little museum dedicated to butterflies, it’s definitely worth a visit even if it’s not the first thing to think of. The museum was created by Dany Lartigue, son of famous photographer, Jacques-Henri Lartigue. 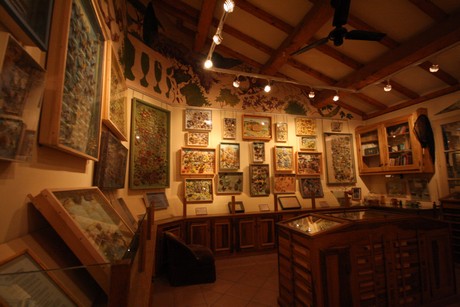 One of the region’s most incredible museums including works from Matisse, Rodin, Kee, Signac and more. The perfect respite from the bustle of the main town.

Our Recommended Events in Saint-Tropez

Being the centre of glitz and glamour means that St Tropez is the host of some exciting and unique events.

The Route des Mimosas is a 130km route along the coast, following the towns made famous by the Belle Epoque period. The beloved mimosa flower was actually introduced by the British in the 1800’s to add sunnier colours to their gardens during the late winter holidays.
During this roadtrip, there’s a definite spring time feel and the area was the first to really introduce the al fresco lunch bistros along the mimosa-lined village streets. The landscape today is sunshine yellow, signalling the start of the season. 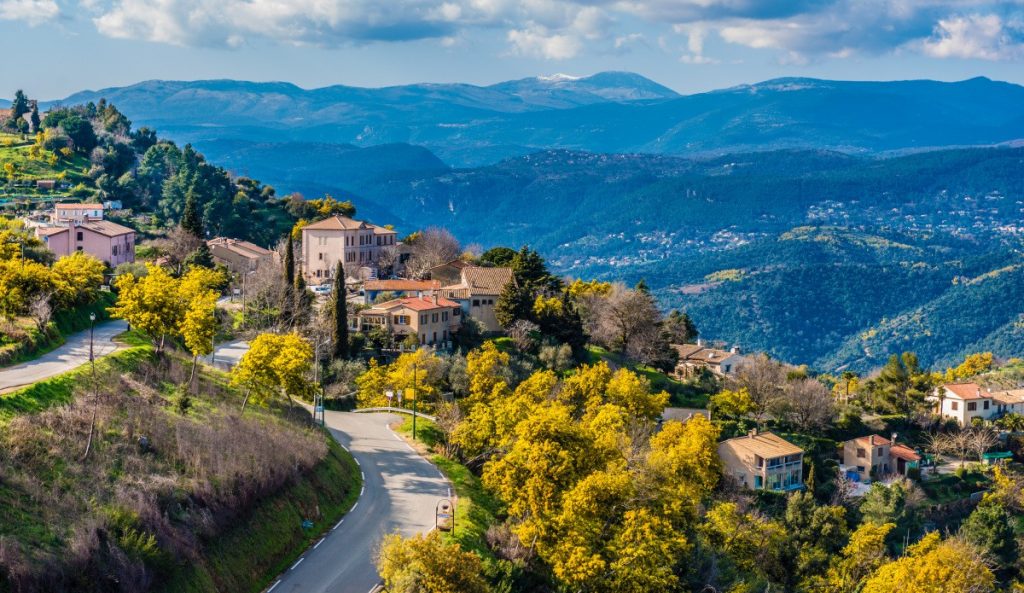 Port Grimaud is the go to scene for the fantastic motorcycle displays along the beachfront. The roads around the entire region are rumbling when these gleaming machines cruise in the sun. 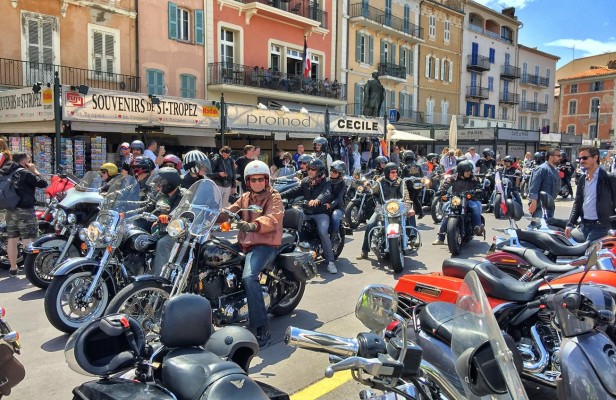 This colourful fleet of wooden fishing boats arrive in the port, replacing the luxury yachts for the weekend.

The biggest event in Saint-Tropez’s year, the last week of September sees hundreds of incredible yachts sail into the harbour to race in one of the biggest regattas in the global yachting calendar. 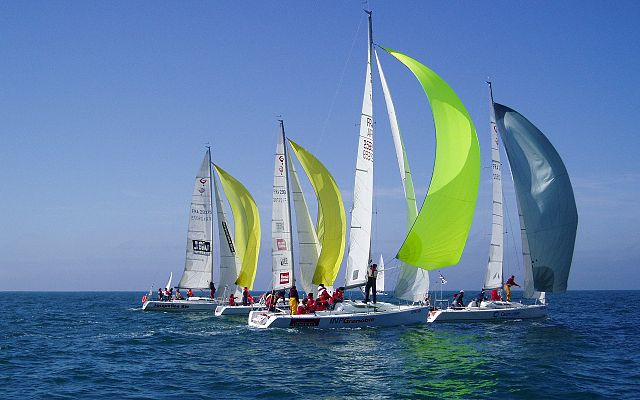 The streets of Saint-Tropez are lined with rows of heavily discounted designer goods, making this not any ordinary flea market. Give yourself plenty of time to browse through the many racks of fashions and accessories from the biggest names in fashion including Gucci, Prada and Chanel. 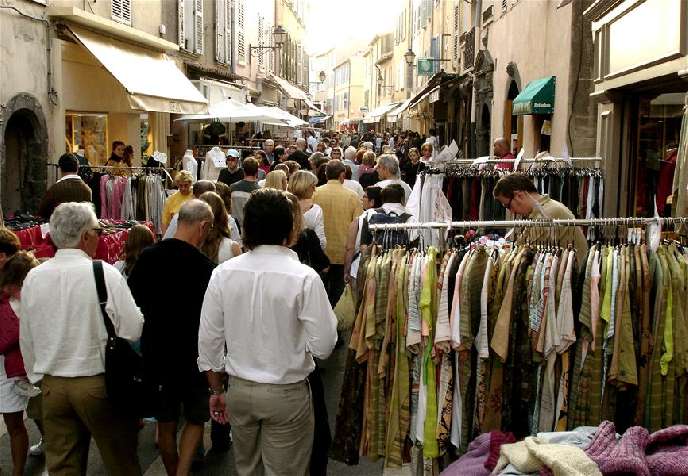 There’s a huge calendar of events in St Tropez during the festive period, ranging from ice hockey games, petting zoos and festive films shown at the cinema. Don’t forget to see Pere Noel (Santa Claus) arrive by boat in the old port on Christmas Eve and enjoy the fireworks set the sky alight on New Year’s Eve. 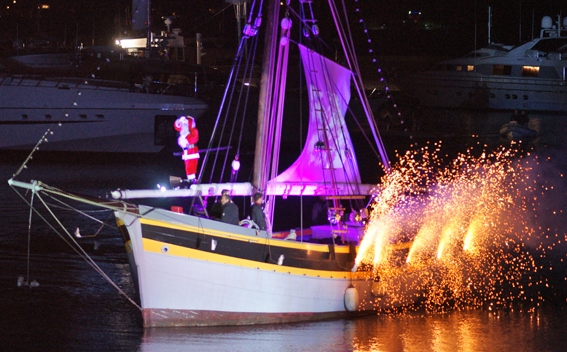 If you’re looking to be in the throng of the glitz and glamour that Saint-Tropez brings, July and August are the best times to visit. The restaurants are humming, the streets are brimming and bards and clubs gather everyone gorgeous. Everyone is here from billionaires to movie stars and it’s definitely the place to see the celebrities.

However, Saint-Tropez is beautiful all year round with plenty of sight seeing opportunities and unforgettable experiences.

If you’re looking for the perfect luxury property to spend an idyllic time away from home, talk to our expert team of South of France consultants today: